Combing the fringes of Medway and Swale

Jo Roberts and Steve Turner first met at Victoria railway station a dozen or so years ago. They’d both been commissioned by the Turner Contemporary and seen a connection in each other’s work that warranted meeting up for a coffee. 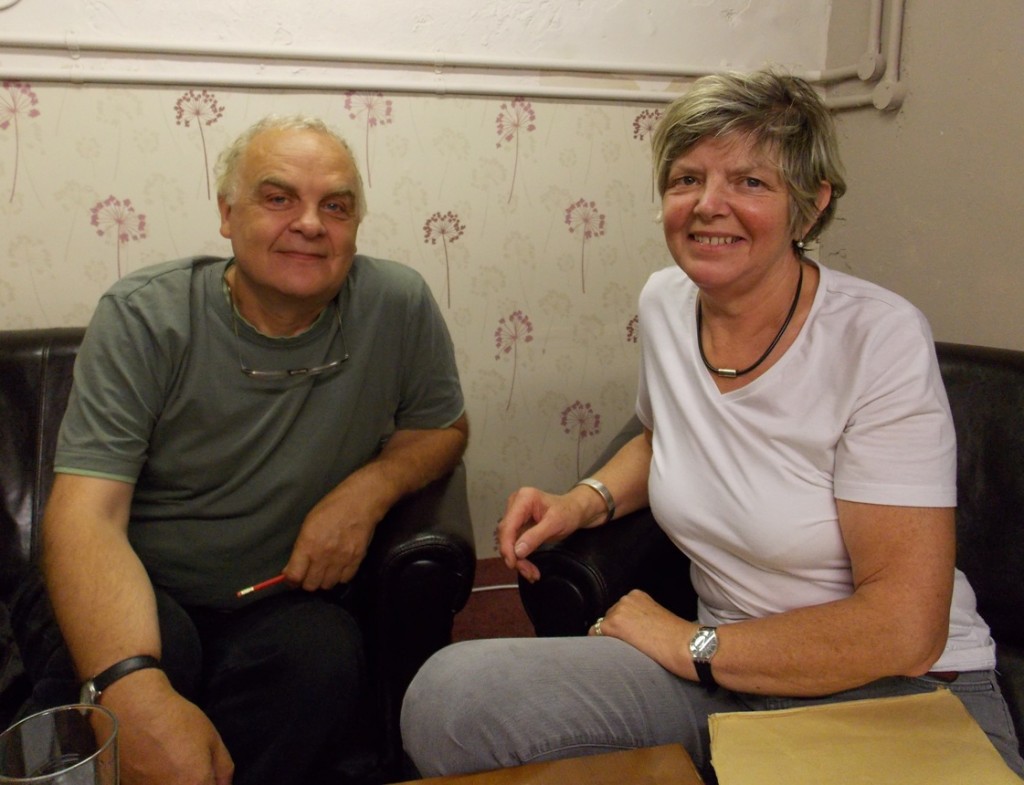 It was to be another ten years before their paths crossed again, this time at the invitation of the Kent Architecture Centre. Steve and Jo are two of four artists (Simon Barker and Nayan Kulkarni being the other two) commissioned for the Urban Fringe project in Medway and Swale. I caught up with them in Rochester’s own shaped-by-its-people space, coFWD.

Steve was keen to share the Kent Architecture Centre’s vision: “They’ve never commissioned artists before but they’re very interested in seeing people react to places. Working out what places mean and mean to the people who live and work in them, and hoping that local people will become actively involved in planning. It’s all about the emotional engagement with places.”

Setting out to explore the boundaries between urban development and the greener lands lying beyond, their sensitivities to the diversity of the geography, geology and natural history is leading them in recording how the land is used, and in some places, abused.

For Jo, a psycho-geographer – not a term she embraces but one which is becoming recognisable and therefore useful – it’s about exploring those overlooked places. She says: “Psycho-geography is a bit like herding cats: I’m an explorer of the everyday places, getting creatively lost. Riding a bike around the area is an important way of celebrating and noticing the flora before pressing it into specimens for keeps.”

There’s a sense of fun and camaraderie apparent in this pairing, which seems to have taken them by surprise as “artists tend to work alone”. Although they consider themselves as ‘working together separately’, rather than collaborating, Jo and Steve quickly found that their exploratory routes had many crossover points, which proved both challenging and positive. 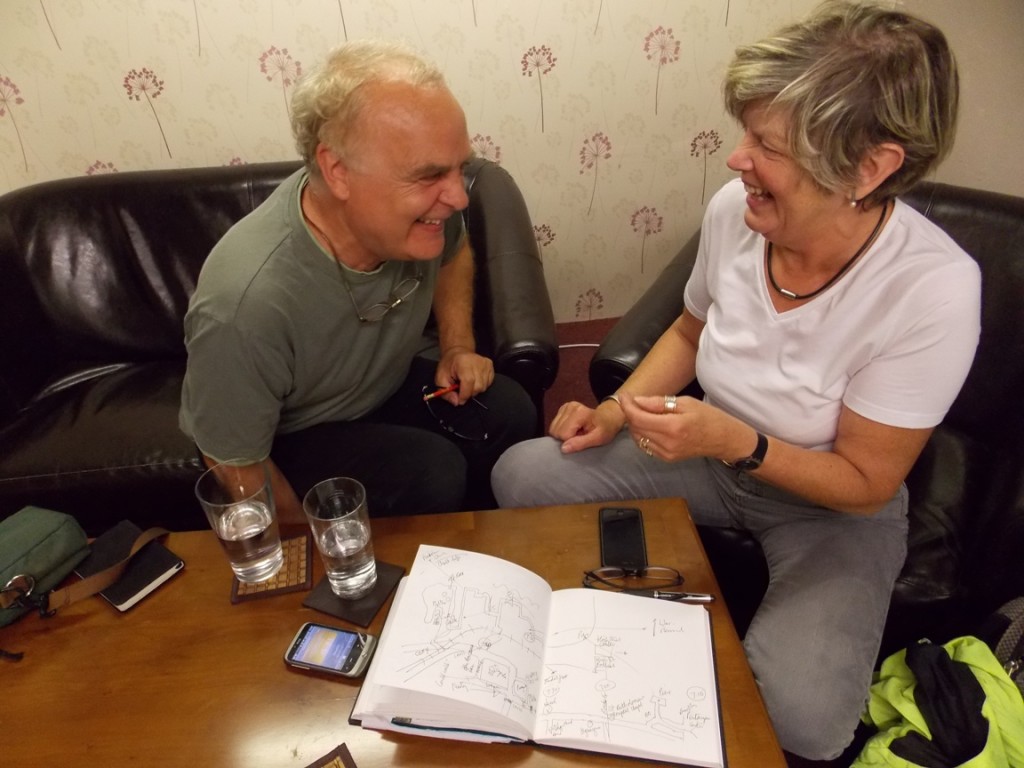 Steve said: “Horrible stuff is happening at the edge; in town you don’t have fly tipping, sewage works or landfill – we live so badly with the natural world on the fringes of towns. Sewage works we have to manage, and landfill, but fly tipping is done by people. Yet plants grow up around the waste; a war between people and nature.”

Jo added: “They should see it’s not a waste ground or a tip, it’s a place to be celebrated, to be understood and somewhere we learn to live with the unstable edges, balancing development with nature. When we were flower picking on Rochester Riverside, all sorts of people struck up conversations or helped – dog walkers, in particular, were very interested in what we were doing.”

So where then, are the Urban Fringes? As well as Rochester Riverside, cycle routes have included Hoo Marina, Crown Quay in Sittingbourne and Blue Town in Sheppey, plus many more – an exhibition of the project work, comprising a variety of mixed media, will be available to view in the UCA Pop Up Shop in the Pentagon, Chatham between October 22nd – 27th.

Called ‘Journeys and Reflections around the edges of Medway and Swale’, it will include Jo’s Map of the Day journal, a recording of her travels since August 1st, along with the pressed plants and handmade paper maps of Urban Fringe locations. 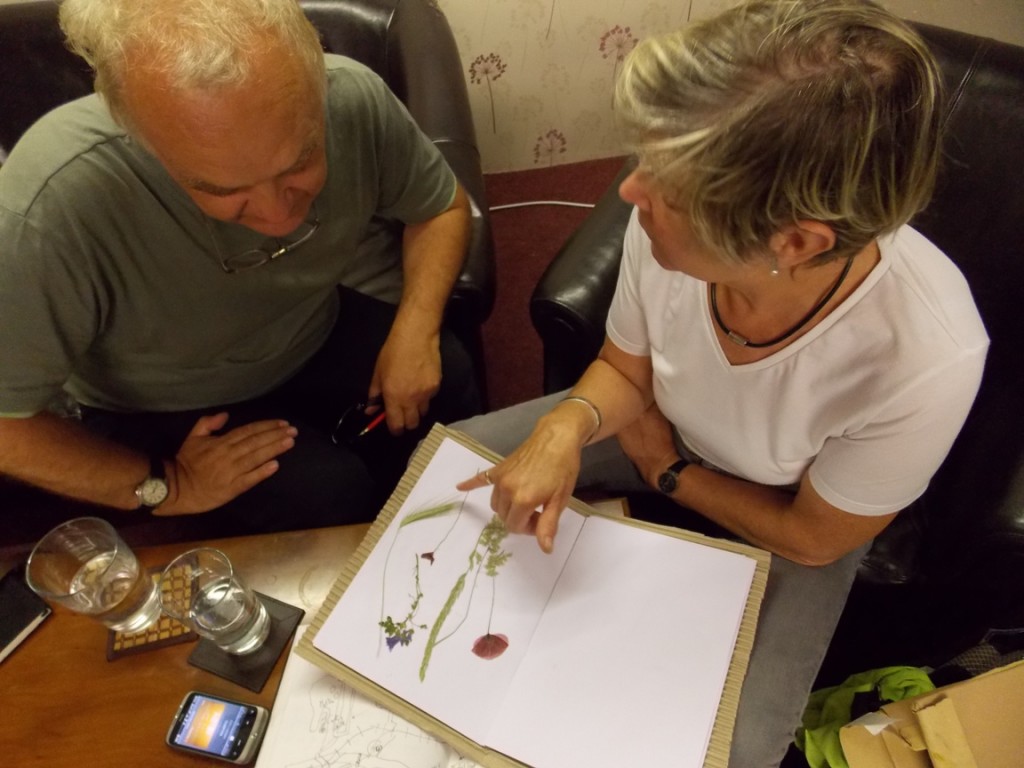 Supported by Sustrans, the Safe Routes pioneers, Jo will also conduct two bike rides (one in Swale, one in Medway) under the title ‘Finding Fringeness along the Fringe Ways’.

Amongst his other media, Steve will be showcasing the essence of Medway – Eau de Bordure. Using the local flora, including rose, aromatic mugwort and golden samphire (rarely found in Britain except on the Isle of Sheppey), Steve, assisted by the Women’s Art Group in Medway, will hold a product testing session at the Pentagon on the morning on Saturday, October 27th, inviting the public to try out his creations – and see if they enhance their opinion of the local area. Says Steve: “I’d love for someone to say it’s beautiful and then overlay that comment on the map of its origin – a tip!”

Urban Fringe comprises four responses to gauge the feelings of people who live in North Kent’s fringe areas, allowing them to connect with the artists to find a sense of place, tell their stories and be encouraged to shape their physical environment. Jo’s journey can be found here and Stephens’s here, with a joint blog on their part of the project here. 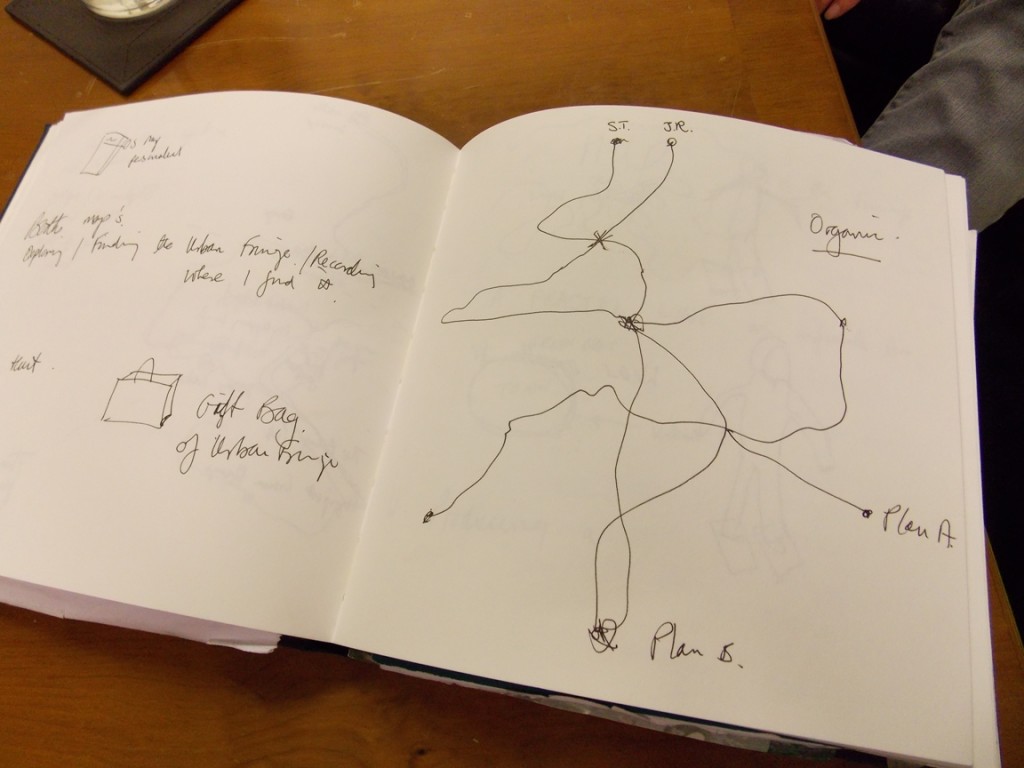