Playing around on the river: Music at The Boatyard

If you’re looking to relax on a Sunday afternoon, listening to live music with a drink in hand, then The Boatyard could be just the thing for you.

Lesley, John and wife Barbara at The Chandlery

In Medway Bridge Marina, John ‘The Hat’ Reynolds has put together a terrific little venue at The Chandlery, playing host to many favourite names on the Medway music scene. He says: “I’m aiming for organic music for everybody on a Sunday afternoon; all are welcome, including kids and dogs! It’s a great way to chill, before going back to work on Monday. We’ve attracted a great calibre of performers; Andy White, The Relics, James Purlett and a lot more names that’ll be familiar.”

The Chandlery regular, Lesley Conquest, has been charged with co-ordinating the open mic – nominated by John, since it was her suggestion! She says: “I felt The Chandlery just needed to get more people in to support it; it’s such a good community here. And I’ll gatecrash anything! Whoever’s up there I’ll jump up and play my fiddle. I accompany Rosie Eade when she’s here and do guest spots for Andy, Glenn and Hobo Jones & the Junkyard Dogs.”

John continued: “The venue is free to hire as we won’t close the bar to regulars. But anyone can book the space for their own thing; it’s such a versatile place. We even had the Kent Archaeological Society filming for their ‘alternative communities’ here. We held a boat jumble recently and, on the first weekend in December, we’ll be hosting a craft fayre.”

The marina is in Manor Lane, Borstal, just past the entrance to the recreation ground. (Extremely handy for the football fraternity, as the cafe opens from 9am at the weekends!) Take a trip along to see for yourself – with the indoor venue, outdoor stage and a raised outdoor decked area, there really is scope to put on all kinds of events there. 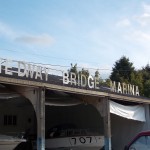 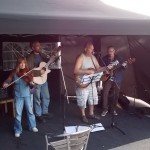 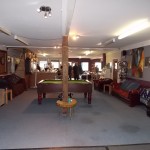 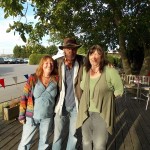 Lesley, John and wife Barbara at The Chandlery 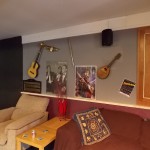 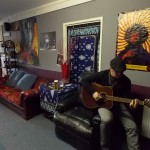 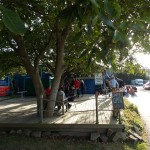