Music, creativity and collaboration in Medway

They say the best things come in threes. And you can’t argue with that, as the hottest music promoters in Medway come in triplicate. 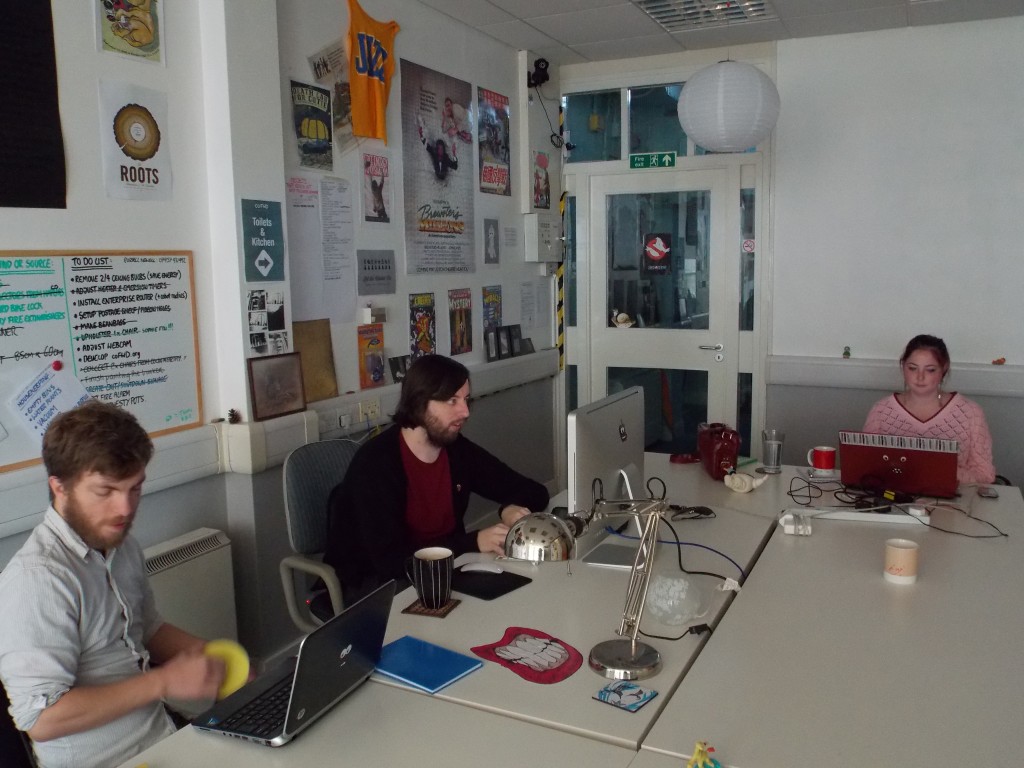 Ed Jennings, Matt Ashdown and Louise Micklewright are collectively known as TEA – add on Social or Concerts, depending on how you know them – and are dedicated to bringing the best mix of music to your attention, in a variety of interesting and unusual spaces.

As if having Darren Hayman and Damo Suzuki appear on LV21 wasn’t enough, Tea then landed someone even I’ve heard of – Grandmaster Flash appeared at the Casino Rooms on Friday, a brilliant night by all accounts, with seemingly most of Medway’s musical and creative royalty in attendance.

Tell me more, I said, and, in a world exclusive first interview without alcohol, they did.

Matt: “One of the things we like to do at Tea is making sure that we get pioneers of a genre or groundbreakers, and Grandmaster Flash is a pioneer. We were working on Twitter one day and saw that a ticket shop in Brighton was selling tickets for his show there; we didn’t realize he was still gigging. It was a funny day, funny as in we didn’t believe we could get him, but we contacted his booking agent and we got him.”

It’s a highlight of their Tea-time together, although they’ve known each other for a while.

Lou: “I’ve known Matt for years, through generally being out and about in Medway.”

Ed: “I’ve known Matt for years, as we worked in the same company together.”

Matt: “But we never saw each other while we worked there.”

Ed: “That’s true. It was Chat Moderators, a social media moderation company, that helped form Tea Social, which provides moderation services for anyone who needs to ensure their brand is protected from spam or abusive messages. It’s something that more and more businesses using social media need.”

Matt: “Social media management is important: ways to engage with the community in a conversation rather than advertising in the traditional sense i.e chat to people first, find out what they want; it’s instant market research.”

Lou: “I’m not entirely sure how I got involved. I went to Damo Suzuki and then was just hanging around coFWD, doing some work for James. Tea needed a third director…”

Ed: “Basically, we were desperate.”

Matt: “She gave me a hug and I gave her a third of my company.”

Lou: “I just hope he’s getting a return on his investment.” 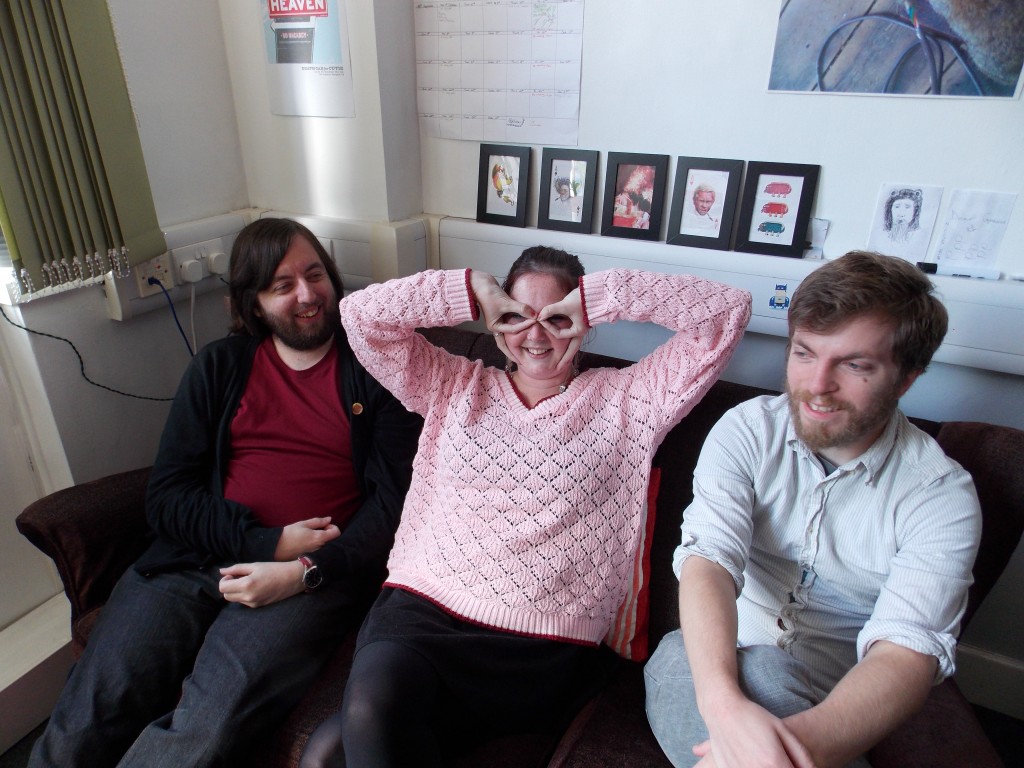 Lou: “Band Dating is basically trying to give people an opportunity to play with people they may not usually play with in a band situation. So you submit your form to us and we’ll throw some people together and see what happens.”

Matt: “We’re still collecting forms at the moment, so there’s time to get in at the start of it.”

And how does Moogie Wonderland fit into this?

After Lou and Ed had stopped laughing, Matt said: “They’re laughing because we always manage to merge it together. Well, we don’t merge it but others think it’s the same thing. Moogie started in 2006, then in 2007 Tap’n’Tin asked me to put Moogie there and also begin a band night, which was called Milk. It developed a good following and we took it to London and did warehouse parties. Although separate, Moogie was definitely on the way to Tea.”

Sugar? I asked:  “Sugar is the next project” said Matt “and it will involve pole dancing …”

Lou: “I don’t like the way you were looking at me when you said that.”

We moved on quickly: How do you propose to keep track of all these different gigs?

Matt: “Via The Smell – just a really simple list.”

Lou: “It was sort of inspired by the record shop in Brighton we mentioned. Every week, they literally just have a list in the window of all the gigs that are happening.”

Ed: “It’s so simple, so obvious. But it means that all the promoters can submit to it. It’s aimed at them rather than the regular pub gigs.”

Matt: “Motherboy asked how we get people to gigs and are looking for outlets – so we want to tell everyone about everything, one outlet for all. The list will be in physical form to give to promoters and anyone who comes to any of the gigs can pick one up and see what’s happening.”

Lou: “It’s a way of promoting that we’re all part of something together and not working against each other. Helping each other out, otherwise you’ll never get a scene going, which has been a problem on the past in Medway.”

Matt: “It’s a place for promoters to go to and check what’s on to avoid clashing.”

TEA’s next concert is treasureseason at The Deaf Cat in Rochester on Saturday 1st December. More details can be found here. 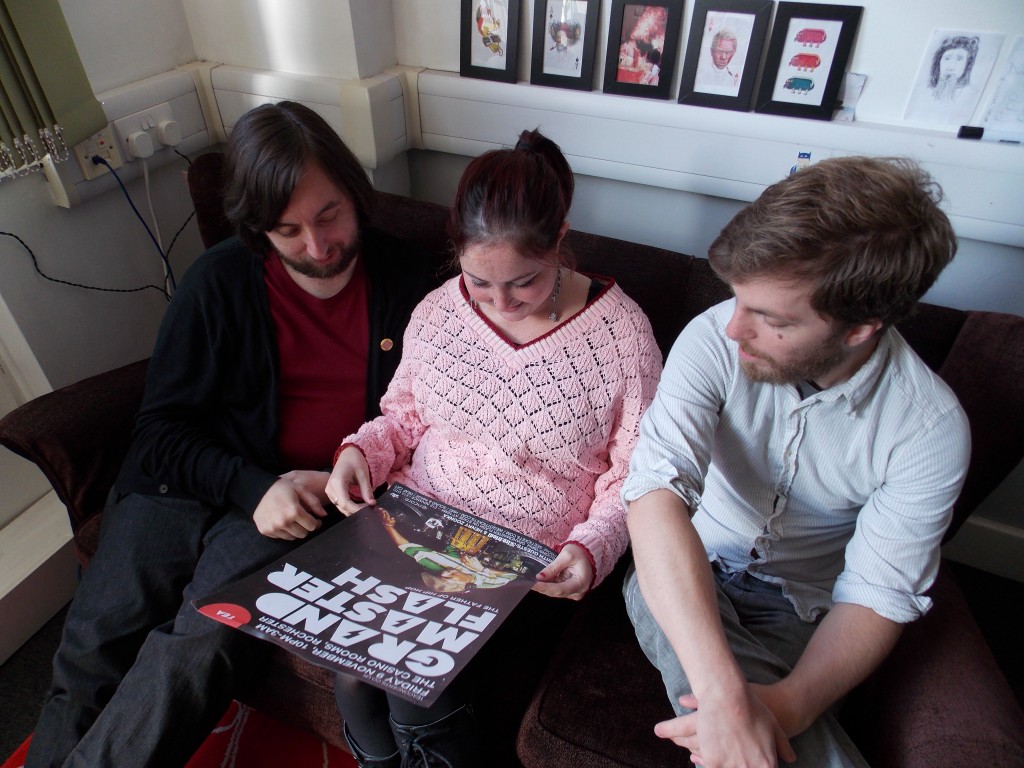 Motherboy is operating on a non-profit basis, and tries to pay the bands as much as they can. (Difficult, as all their nights are free entry.) Blatantly and proudly copying the London DIY scene, Motherboy is Joe Wise and Suzanne Freeman.

Joe said: “We have collaborators, helpers and other promoters we sometimes do joint nights with. Being fans of and inspired by the London DIY scene, Suze suggested we try the same thing in Medway. I was a bit wary at first as it’s quite an undertaking, but we agreed to give it a try and see what happened.

We do this in our spare time because we love the bands we book and we just want to share them with other people, when I see/hear something amazing I want everyone else to experience it too and get the band/act more fans at the same time. We’re selfish because we book acts we want to see and get them to come to us – we had Fish Tank play for us at the Nags Head in Rochester two weeks before they played the Reading festival! Lovely guys and an amazing band.

The bands we like and the bands we book aren’t specific to any genre, however, if labels must be attached then we usually say post-punk, math rock, experimental, noise rock… think ATP.

Future plans include more collaborative nights with people such as Willow Promotions at the Singapora Lounge, and more experimentation with venues. Hopefully we’ll have an all-dayer next year, building the local music scene with help from Manny of Manny’s Music, and working together with other people trying to do the same as us, making sure nights don’t clash and attending each other’s gigs etc.”

The Preservation Society Presents was responsible for another big coup this summer, persuading John Lydon to bring Public Image ltd to Rochester Castle. Formed by Neil Burrow and Matt Peacock, there are some changes underway within the group and another label may be emerging soon – watch this space.