There is a record fair in Medway called Recollect Music Fairs that takes places in Medway and other parts of Kent. You can find out the latest dates on their Facebook Page here.

Reasons to go to a Record Fair

Record fairs are a great way to find music that you wouldn’t otherwise you wouldn’t be able to buy. Records are becoming more rare over time and so it’s difficult to find those records which you don’t already own or have bought and sold in the past.

Sellers at these types of fairs have contacts in the industry from whom they can get the most rare records to sell. By getting to know sellers you can also let them know what you are looking for and if they come across it they may keep you in mind and bring to sell to you at a future fair.

As well as talking about records you are looking to buy, you can also chat with sellers about music in general, what you’re listening to at the moment, get band recommendations and talk about gigs you’ve been to or are going to in the future. It’s a lot more of a community led activity that simply go through Spotify to find and listen to music.

How Popular are Vinyl Records?

Records have made quite a big impact over the last ten years or so and make up quite a large percentage of overall music sales around the world. This is helped by Record Store Day which is a day in which to celebrate independent record shops.

Why do People Listen to Vinyl Records?

Listening to music on vinyl records is seen as a much more active experience than listening to them on CD or digitally as you have to physically place the record on the player, press play then turn it over half way through to play the second side. In the past, the records were the main way that people listened to albums, the song list would be affected by the fact that people would have to turn them over so they would place certain songs to be at the start of side B.

Records also have a distinctive sound that can’t be found by listening to CDs or digital music. Many describe it as warm or more authentic. Maybe it’s just the nostalgic feeling that this type of sound produces. 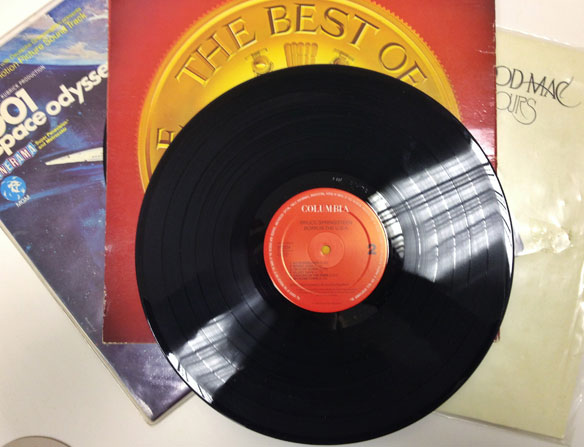